The AFT’s longtime advocacy for public schools has just been turbocharged, with a sweeping, multipronged campaign to fund the future of American public education. Amid the continuing wave of teacher activism shining a spotlight on massive shortfalls in education investment, the Fund Our Future initiative aims to take the teachers’ megaphone into Congress, statehouses and communities nationwide. 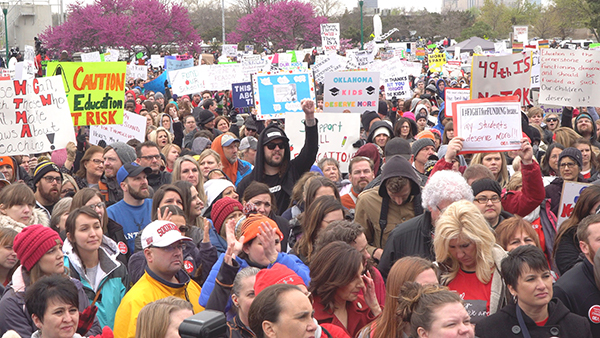 This ambitious new deal for public schools and colleges, launched March 4 by AFT President Randi Weingarten and AFT leaders from across the country, zeroes in on the concrete steps necessary to do three things:

Fund Our Future will include an array of community- and state-based legislative initiatives, and strategies paired with national demands to fully fund Title I; fully fund the Individuals with Disabilities Education Act; increase investment in school infrastructure; secure operating funds at the national and state levels to counteract disinvestment in public colleges and universities; and forgive outstanding student loan debt under the Public Service Loan Forgiveness Program.

A six-figure advertising campaign across print, digital and online streaming services in 14 states will draw attention to the necessity of increased investment to give students a shot at a better life for themselves and their families. Community events, rallies, lobby days and petition drives will take place daily, with the AFT serving as a national clearinghouse for advocacy.

Already more than 90 events have been scheduled, including informational pickets, town hall meetings, forums, marches, protests and lobby days. Town hall meetings are planned in Los Angeles; there will be a rally with elected officials in Lowell, Mass.; a community meeting on fund-draining tax abatement in Cincinnati; a Bargaining Unity Day in St. Paul, Minn.; and a Red for Ed action party where students will write letters, make signs, create videos and post social media from a brewery in Tallahassee, Fla. Fund Our Future priorities will also provide the 2020 presidential and down-ballot candidates an opportunity to demonstrate their commitment to students, their parents and their communities. 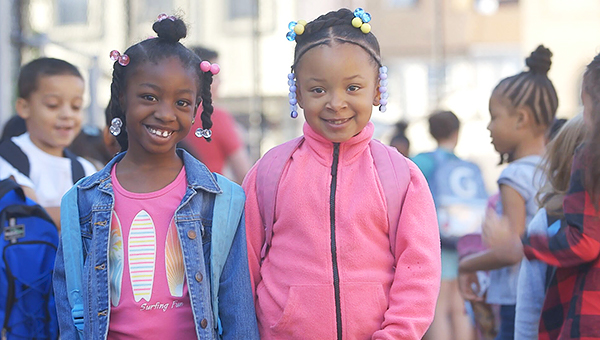 While some states have sustained their commitment to public schools and universities, many have not. Twenty-five states spend less on K-12 education than before the Great Recession, and 41 states spend less on higher education, while the federal government has continued to underfund its education commitment by hundreds of billions of dollars. That disinvestment in public schools and colleges has hurt students and faculty and led to overcrowded classrooms; schools without nurses, librarians, guidance counselors and supports to ensure children’s well-being; deteriorating school buildings with outdated teaching materials and technology; and unhealthy, unsafe environments. The testing fixation, coupled with austerity, has meant the loss of instruction in the arts, music and other programs; and disinvestment has led to huge increases in tuition and student debt as well as fewer course offerings and full-time tenured faculty.

Over the last year, resistance to this disinvestment has been building. From the teacher strikes in West Virginia through the more recent strike in Los Angeles (where teachers won a long list of important contract provisions such as caps on class size, a nurse and librarian in every school, and a 6 percent raise for teachers), local communities are strongly supportive of educators. People in at least a dozen states recently voted to raise their own property taxes to invest additional dollars for public education and colleges, and Americans who responded to a 2018 PDK poll made clear that they have confidence in public school teachers: 80 percent said they’d rather strengthen public schools than move to private alternatives. Americans believe teachers are underpaid and said they would support them if they went on strike for better wages.

“Scarcity and the lack of appropriate investment is the root cause of every single one of the teacher walkouts that are roiling this country,” says Weingarten. “Teachers want what kids need, and that requires funding our future.”

Noting some important exceptions, where Fund Our Future would create opportunities to support sustained investment rather than address a complete lack of funding, Weingarten says that “for far too long, our public schools and colleges have been shortchanged, particularly in relation to our nation’s staggering wealth. After a decade of neglect and austerity, the American people have had enough—and want a reordering of priorities to make their lives better. That’s why educators and communities have hit the streets over the last year to demand not just a small course correction, but a sustainable investment in public schools and colleges.” 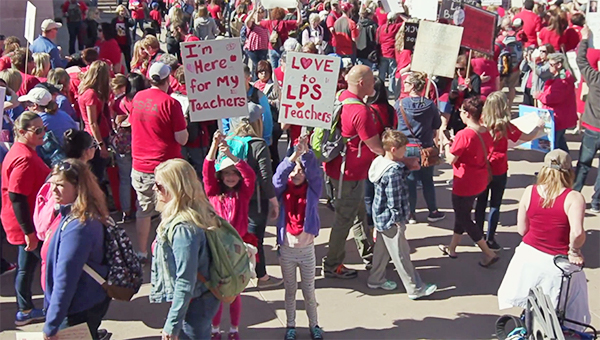 “Fund Our Future is a campaign focused on our country and actualized in our communities,” says Florida Education Association President Fedrick Ingram, who calls the lack of investment in Florida’s schools “a real crisis.” Ingram says FEA members are stepping up to address that crisis. “We know what’s best for our students, and we’re committed to supporting students throughout their journey to reach their full potential. We just need the politicians in Tallahassee to give us the tools necessary to do that.”

“Our budgets reflect our values, so investing in our students and our communities is about choices,” says AFT Washington President Karen Strickland, who is helping lead a campaign to fund the state’s community and technical colleges. Funding CTCs will pay “huge dividends,” she says. “That’s why AFT Washington is joining the Fund Our Future campaign to fight for the reinvestment in our colleges that makes a difference in people’s lives.”

For more information on the campaign, visit http://fundourfuture.aft.org.