A fight for the very soul of our country

In her most recent column appearing in the New York Times, AFT President Randi Weingarten talks about the need for our country to return to the kind of thoughtful yet passionate discourse and engagement in civic life that's been far too rare lately. 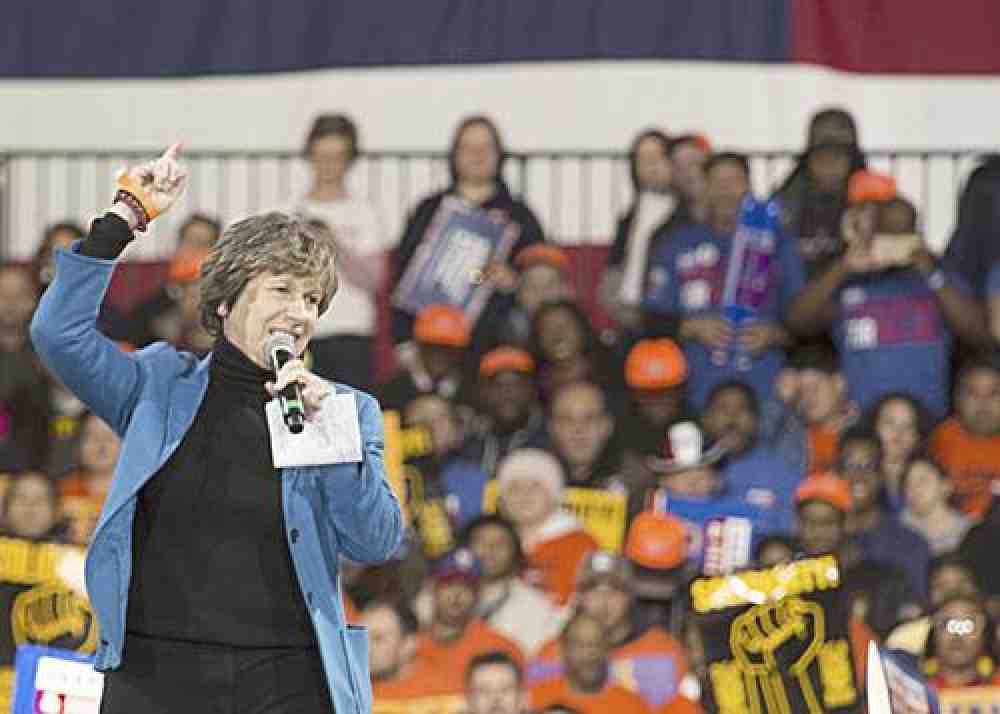 "America needs a crash course in civics," she writes. "More important, we need to ingrain an understanding of the rights and responsibilities of citizens into our collective experience." This applies even more to politicians. We've got Republicans in the U.S. Senate refusing to give President Obama's Supreme Court nominee a full and fair hearing and an up-or-down vote. And we have the frontrunner for the Republican presidential nomination normalizing hate speech by promoting the use of violence against peaceful protesters.

"Perhaps the need has grown so acute because civics education, like other areas of social studies, has been pushed to the back burner in American schools, a victim of standardized testing mania in which 'what gets tested is what gets taught.' But, in a very real sense," she notes, "American democracy is being tested, and we need an informed, engaged citizenry that is deeply involved in civic life."

"Regardless of party or ideological leaning, every American should have a sense of civitas," Weingarten adds. "Whether that sense is ingrained, instilled by family or informed in public schools, it is vital to the strength of our democracy."